Housing rental adds to the growing gap between rich and poor

May 8, 2015 Roger Garcia Uncategorized No Comments

Rent or buy? This is the eternal debate on housing. The latest study by the National Association of Realtors US, said that the increase in tenants (people who rent housing) are intensifying the gap between rich and poor. It seems that housing is one of the assets whose value grows stronger over time.

As reported in the CNBC, the Great Recession has forced many Americans to sell or give the banks their homes. These families, unable to regain access to credit, have chosen to rent. This decision was one of the factors that have increased the gap between rich and poor. And since 2012, the price of housing has begun to rise strongly in the US. 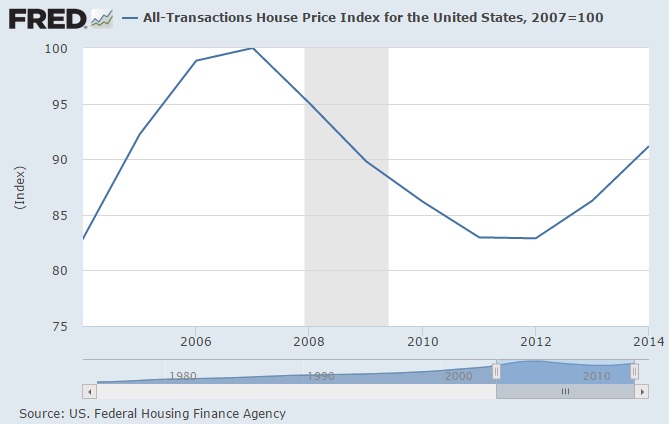 Lawrence Yun, chief economist Realtor, believes that “home ownership plays an important role in the US economy paper. Furthermore, the house has been the main source of wealth accumulation of the middle class. Unfortunately, due to the operation of the market work during the credit crisis and complications, home ownership have fallen at a rate not seen for two decades. ”

“As a result of this process, the country has become more unequal in wealth. The number of homeowners has fallen while the tenant has grown substantially,” explains Laurence Yun.

The example of London in Europe

As reported in The Guardian recently, London is becoming the city of inequalities. The price of housing is the main cause of this phenomenon. London is a city of contradictions, the richest in the country while it is the most unequal in recent decades have increased both the number of poor families and the rich, while the middle class is disappearing slowly, explains the newspaper said.

London is a city that has been characterized to attract large fortunes, they usually choose to buy a home in the city and in the most central area. Many of these houses are empty because their owners use them only when they are doing business in the UK or Europe. Strong foreign demand for housing has helped create an upward spiral of real estate prices that are affecting squarely at families and young Londoners who have to opt for the car as a way of life.

The BBC documentary ‘The Super-Rich’ points out that this boom in housing that is experiencing capital London is becoming a city of landlords and tenants in the prevailing inequality. On one side are the owners of many of the buildings in the city and most of the other people who live in rent, paying their rents to these ‘landlords’ (owners) who are becoming richer. This process is unsustainable in the long term, he gap between rich and poor is increasing in the city.

Is there a solution?

Economist and president of strategy at Citigroup, Peter R. Orszag, believes the solution is to impose a tax on the value of land or housing. It is the latter that is generating inequality in the world.

“In the US, excluding land and housing, capital has remained constant in the economy since mid-1950 … What has soared in recent decades the rate of return on capital has been the value of housing and earth, “Orszag said.

“In the New York metropolitan area the average price per square foot (0.092 square meters) of land has risen from $ 47 to $ 1999 366 2006 … From 1970 to 2010 the real estate capital as part of the total the US economy has increased its weight 40 percentage points “, something that has happened in almost all developed countries except Germany.

Stiglitz also sees important to create a tax on land values, to directly address what is seen as a source of growing inequality. “This is a bold idea, proposing a tax on the land value is because except for land and housing, the rates of return on capital have not risen despite the rhetoric of Piketty “.

“On the other hand, with the proceeds of this tax on the value of the land could reduce other taxes that directly affect the lower income of the company or spend it on programs of partner support, or achieve some combination of both measures “culminates Orszag.